In March we took our talk "Ring Out the Bells" to St. Peters Mothers' Union at Sutton Weaver and the members enjoyed "having a go".  They did extremely well! 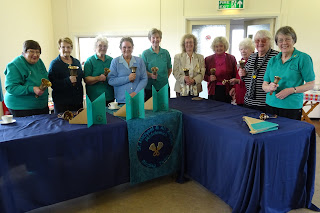 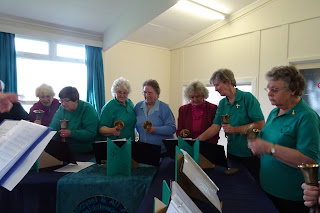 by Middlewich Handbell Ringers Posted at 08:35

RINGING OUT FOR CHRISTMAS 2016


The period before Christmas is always a busy one for bell ringers. We had seven engagements in three weeks. For care homes in Astbury, Mobberley and Winsford we restricted the repertoire to carols for 12 bells (six ringers). This was appreciated by the residents since they were able to recognise what we were playing and to sing. This is always perceived with mixed  feelings: do we keep going at our pace or do we accelerate / decelerate to keep in line with the audience?

We were invited to take part again this year for Tatton Park's Christmas opening which celebrated the centenary of Roald Dahl.  We took full teams there twice. Lighting is always a problem there, but we coped. People drift through so there was a quite variable atmosphere.We played three sessions of 45 minutes each through both days and the programme included carols as well as other music. 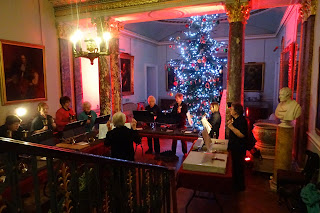 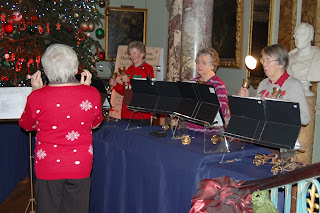 However, at Little Moreton Hall we again used six ringers due to lack of space, but had an enthusiastic audience. Whether this was influenced by their being able to sit with a roaring fire behind them while we had to play vigorously to keep warm .......! 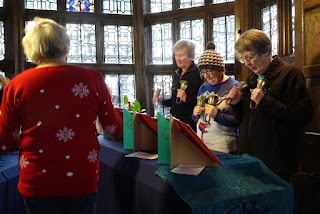 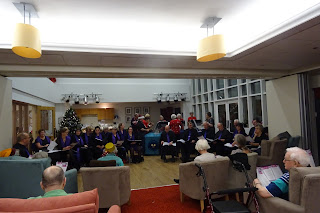 by Middlewich Handbell Ringers Posted at 08:33